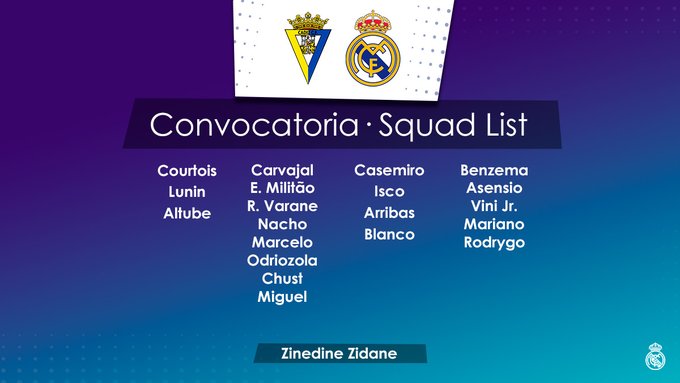 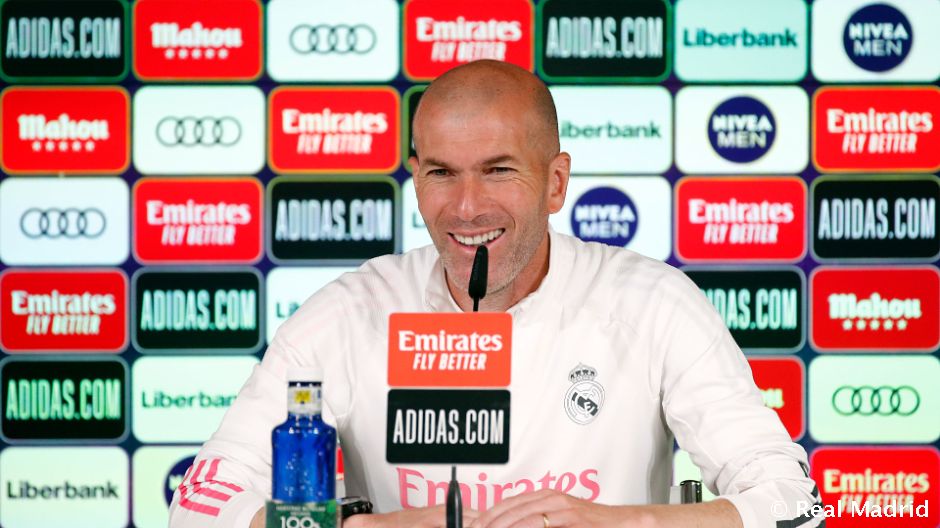 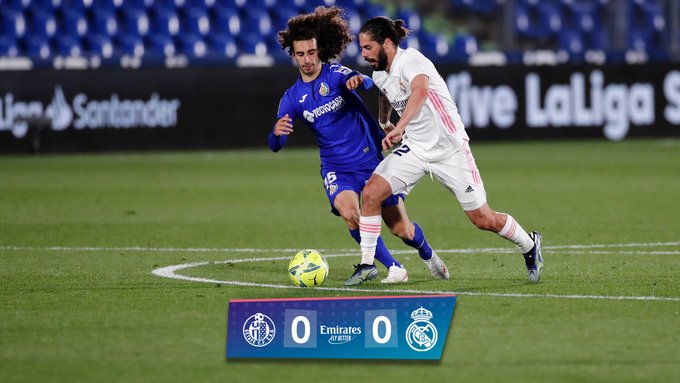 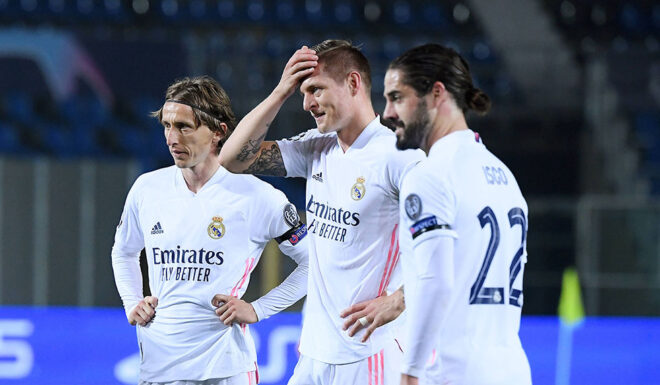 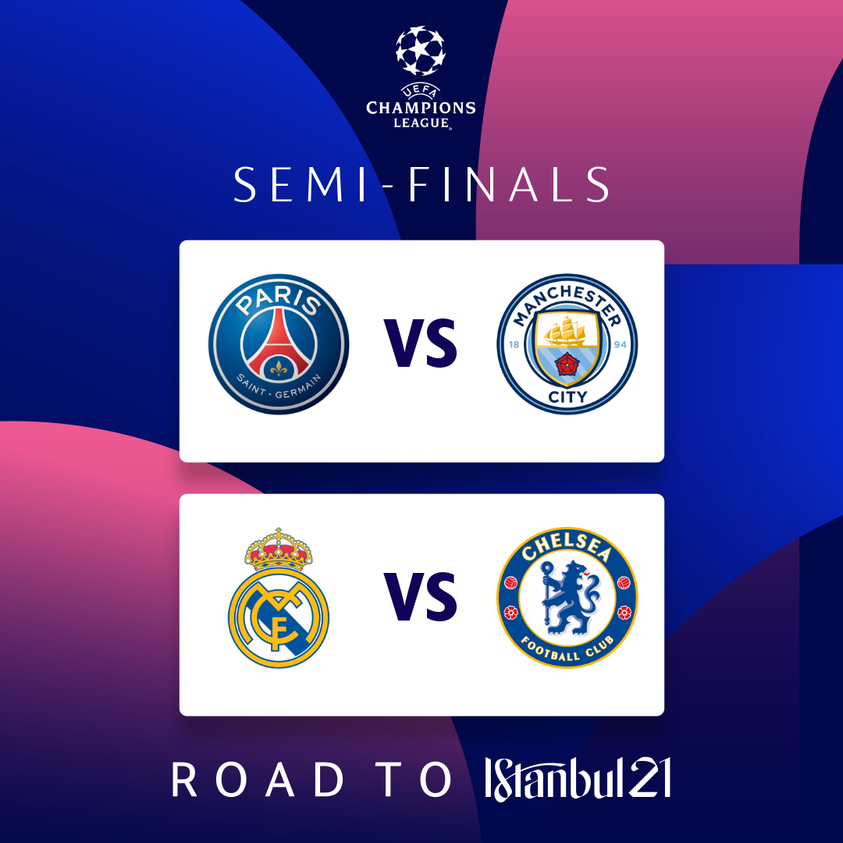 The return match will be played away from home on Wednesday 5 May.

After knocking out Liverpool in the Champions League quarter-finals, Real Madrid are set to meet English opposition again in the semi-finals, this time in the form of Chelsea, who eliminated Porto in the previous round. The first leg will be played at the Alfredo Di Stéfano on Tuesday 27 April with the return leg to take place away from home on Wednesday 5 May. The winner of this knockout tie will meet the winners of PSG v Manchester City in the final, to be played at the Atatürk Olympic Stadium in Istanbul on 29 May.
More  Realmadrid.com/en
Super League
Offizielle Webseite
19.04.2021
thesuperleague.de – die Super League hat bereits eine eigene Website 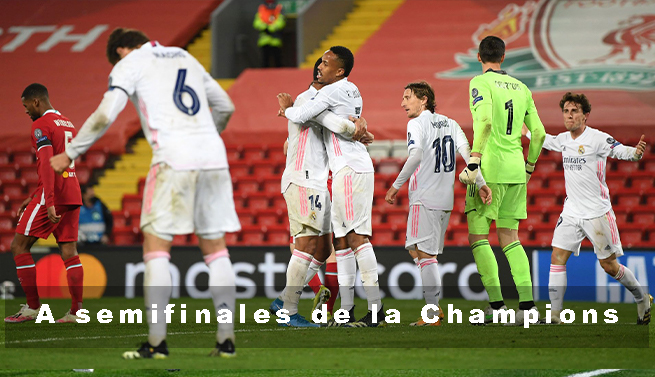 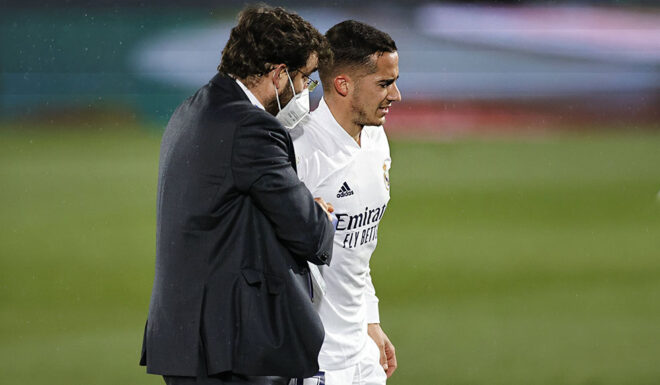 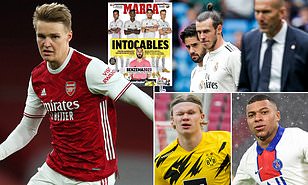 Madrid want to get rid of any dead wood this summer in a bid to raise funds for long-term targets Mbappe and Haaland, but Odegaard, Rodrygo, Vinicius Junior and Federico Valverde are four players they are not prepared to listen to offers for. That will come as a huge blow for Arsenal, whose optimism about signing Odegaard had been growing with reports earlier this month claiming that the Norwegian might be one of the players to be sacrificed so the club can afford to carry out their transfer plans. However, that appears not to be the case with the same Spanish publication reporting that Madrid have drawn up a list of players they will look to sell, which includes high-earners Gareth Bale, Isco and Marcelo
Read more DailyMail.co.uk
Transfer
26.03.2021
Haaland's yours for just £154MILLION! Borussia Dortmund 'set their price tag for Man United, City, Chelsea and giants of Europe to meet THIS SUMMER', with a Premier League record fee needed to jump the queue before £65m release clause kicks in 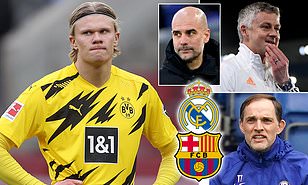 The Norwegian forward (top) has been sensational since arriving at Dortmund from RB Salzburg last January, scoring 49 goals in as many games, including 10 in six Champions League matches this season. With Dortmund struggling to qualify for next season's Champions League, the likes of Manchester United, City, Chelsea, Real Madrid and Barcelona are all on red alert this summer but Dortmund have reportedly set a premium of £154m (€180m) for the 20-year-old, a year before a £65m release clause kicks in
read more DailyMail.co.uk
Transfer rumors
20.02.2021
'Whether one or the other, I won't say': Zinedine Zidane refuses to reveal which of Kylian Mbappe and Erling Haaland is his favourite young hotshot - but admits the two stars are 'very good' as Real Madrid weigh up moves for both 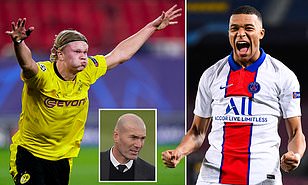 Paris Saint-Germain frontman Mbappe and Borussia Dortmund ace Haaland have terrorised countless defences this season and were both on target for their teams in the recent round of Champions League fixtures. And with his team heavily touted to swoop for either of the two superstars this summer, Zidane was asked to comment on their budding rivalry. His answer was non-committal, however, although he did concede that both are 'very good'. Reports have indicated Madrid are keen to poach either of the young sensations in a long-term deal that would see them become the first-choice No 9 at the Bernabeu
Read more DailyMail.co.uk
05.03.2021
Erling Haaland gilt als einer der kommenden Torjäger von Real Madrid. Ein früherer Trainer traut dem Juwel von Borussia Dortmund einen solchen Schritt bereits jetzt zu. Ein BVB-Verbleib wäre aber ebenso wenig verkehrt.
Weiterlesen RealTotal.de
> Transfer / Gerüchteküche
QUIZ Today
Schweizer Fussball
WM Qualifikationsspiele
19.03.2021
FIFA World Cup 2022 Qualifiers 🗓️ Unser Spielplan / Notre calendrier / Il nostro calendario 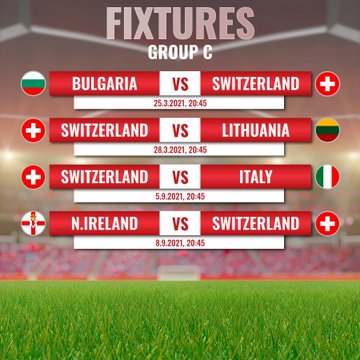